Sometimes there are parcels which are just too big to send using regular postal services or are just plain awkward to deal with. These are often just annoying and 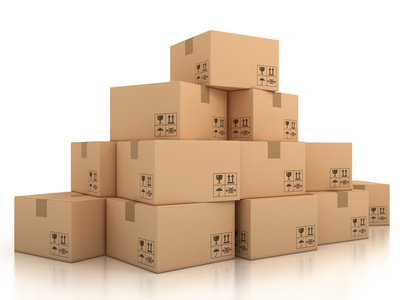 inconvenient to deal with.. so you may well be left with two options. Either hire a van to deliver it (this can be a pretty expensive option and it's just not practical) or you could just contact a parcel specialist service such as WPS to handle it.

So if you're wondering why a blog is being written about large parcels (which is entirely understandable as there isn’t
really too much explanation needed on what one is) we have had a lot of questions recently about large parcels.
Method in the madness
A common question is “Why do prices vary so much depending on the parcel size?” So we did some research into it and to answer that properly, you have to look at it from a logistics perspective. Like everything, a parcel has to go on a complicated journey to reach its end destination. So when it is first picked up, a large parcel can be too heavy or awkward for one person to lift on their own. Instead of the typical pick up service, which usually only has one person it, a large parcel requires a bigger van with two people.
After being picked up a large parcel will then be put into a storage facility to be processed and sorted so that it can be sent off as quick as possible. However these warehouses typically run on a conveyor belt system. This makes it easier to move all of the parcels to the right place BUT if it is a large parcel it may not fit on the conveyor belt. If it does not fit without any prior warning this will most likely incur an added cost to the person who sent the parcel and often the parcel will be returned. At that point it may well have been cheaper to hire a van and transport it yourself.
However when you pay a higher price on the delivery service, all of these issues are accounted for. Not only does this make it easier for you but it means that the parcel company can be fully prepared to handle your large parcel. So there we go folks, I hope that explained why the price of parcel deliveries change depending on the size of the parcel. With WPS, large parcels to France start from just £18.99 for a parcel that weighs 20kg.