Back to news... 21 February 2013 Importing And Customs Advice 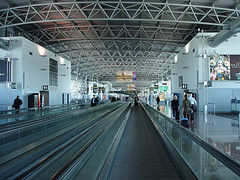 The importation of goods into another country has been a minefield for many years and it has not got a lot better over the years. There have been many changes and goods are often classified into a standard system but that also means that there are many times when they are not so classified. Even when the classification system is used there is still a major problem in that every country has a different customs taxation system that will examine all goods entering the country and will charge duties according to the Government applied rates. The differences between countries in their taxation rates and the systems, which they work to never cease to amaze but in the parcel industry it is paramount that the customer gets the facts right prior to sending the parcels as it can be extremely expensive if they get it wrong.

The pitfalls are both obvious and hidden and not always capable of being resolved until they actually are presented to the countries customs area. Firstly the value of the parcel will depend on whether it can go tax free or be charged. Each country almost always has a parcel value on which it does not charge tax and this can be important in that it is better to send a gift at a value just under this value than pay tax on the whole value when the value is just over the minimum.

The classification numbers can be paramount, the sender may classify the goods in one category but the customs department may classify the goods in another category on which the customs duties are at a greater rate. An example would be chocolates with a touch of alcohol may be considered as an alcoholic product and duty charged at that rate with tax and excise duties being applied or the product can be refused entry.

It is quite useful to check that when exporting goods that the country concerned does not have a protection system on that product as goods that are encouraged at duty free in one country can be subject to very high taxation penalties in another country. Unfortunately there are countries that are so confusing that goods can be charged vastly differing rates on different days and the only way to find out is actually to get the goods presented to customs.

Check with the country concerned via its embassy or its web site and work from there. We provide our own help and advice on our website, to point our customers in the right direction if official confirmation is required - but remember that import laws differ from country to country.