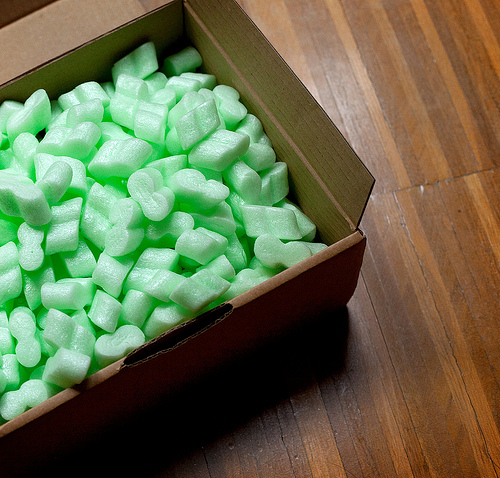 The parcel delivery services have for many years been open to a great deal of criticism by the environmental section of society as the amount of Carbon Dioxide formed by shipping materials all over the world becomes ever larger.

Or rather that was the case in the past, but the serious players in the business have taken this cause on board and have developed a range of systems which have reduced the problems by a very large amount. The major parcel couriers in some cases have been able to offset their Carbon footprint to such an extent that they have become almost carbon neutral.

The large airport parcel distribution hubs have developed low fuel usage transport systems either by use of propane or electric trucks or low cost conveyor belt systems. LED low power usage electrical lighting circuits have been installed and are common around the world. Parcel routes within a sorting area have been examined and the shortest routes have been calculated to reduce movement time and distance and hence fuel costs.

The transport routes are picked for minimum fuel usage and optimum cargo limits. Controls have been installed onto heating and in particular the cooling systems in the distribution areas so that they are used to the maximum effect but with minimum time and power usage.

Indonesia is one of the latest areas where there is a major environmental push being made by DHL and this is expected to help the cause considerably. The Indonesian market place is a growing market and the best worldwide parcel couriers are offering an excellent parcel delivery service to this area. This is one of the largest populated regions in the world and is becoming an area in which there will be a considerable change in the business dynamics over the next few years.

The resultant parcel increase will need careful control if the Carbon footprint is to be kept low and in order to help this the first efforts are to be made at the airport distribution centre. This is an area which does have a very religious population and it is incumbent on all parties to respect the wishes and to fit in with the culture in this fascinating country. In this case care must be taken on the type of goods imported and if this if maintained there are many opportunities to be examined for all potential business and the environmental considerations can be mitigated to a large extent.